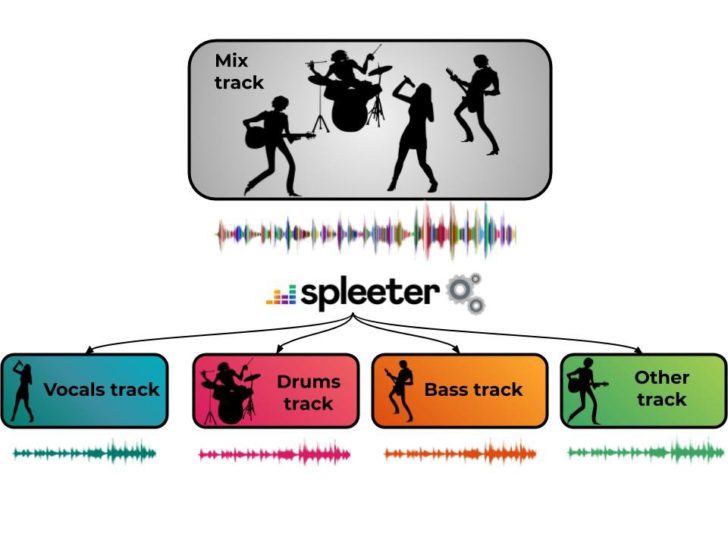 The tool is designed to automatically separate mixed tracks into ‘unmixed’ components. This has become an active area of artificial intelligence research. Here’s what the developers have to say about it:

“While not a broadly known topic, the problem of source separation has interested a large community of music signal researchers for a couple of decades now. It starts from a simple observation: music recordings are usually a mix of several individual instrument tracks (lead vocal, drums, bass, piano etc..).

The task of music source separation is: given a mix can we recover these separate tracks (sometimes called stems)? This has many potential applications: think remixes, upmixing, active listening, educational purposes, but also pre-processing for other tasks such as transcription.”

Spleeter is based on machine learning, using Python & Tensorflow and includes pretrained models for 2, 4 and 5 stems separation. It runs as a command-line tool, so you run it using commands like this:

It’s open source and Deezer encourages others to build on their work. They note, “Spleeter is MIT-Licensed so you are really free to use it in any way you want.”

See the Deezer site for details.