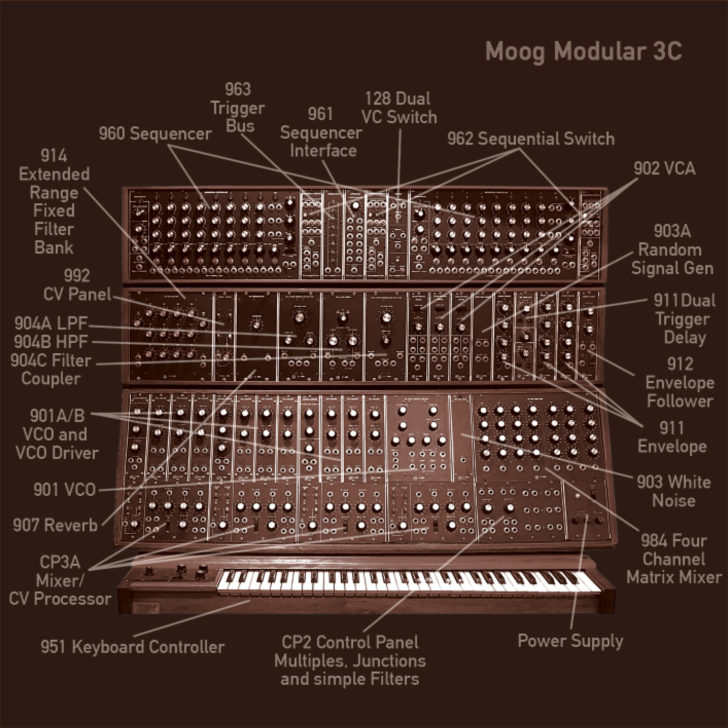 Here’s what Edwards has to say about the album:

“The music contained on this album was created using a Moog Modular 3C synthesiser, one of the very few original systems made in 1967. In addition, some sounds were originated on a 1975 Moog Polymoog keyboard and then passed through the modular system for further treatment. No other sounds were used on this record, however on occasion a short delay of around 500 milliseconds was applied to one or other side of the stereo signal to provide a spacial dimension to the recording

Several of the pieces made use of the Sequential Controllers, which are modern clones of the Moog design, and, along with the various Sequential Switches and Sequencer Interfaces, can be set up to create some very complex melodic patterns. These can be heard to good effect on the second track “Sequoia”

The Title of the album makes reference to field effects, but I have left it deliberately ambiguous as to which kind of fields are being referred to.”

You can preview Field Effect Studies below. It’s available at ‘name your price’ at Bandcamp: