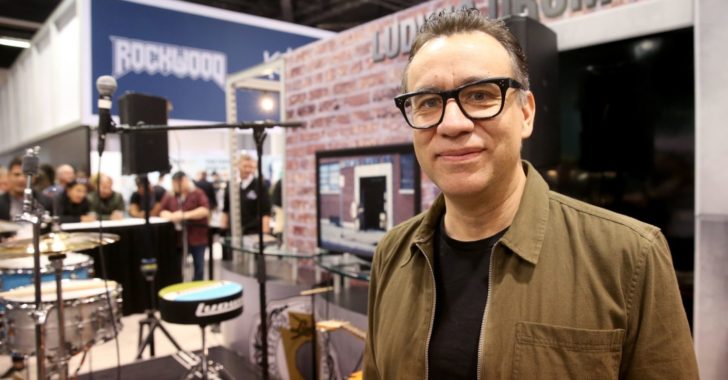 The TEC Awards are presented annually as part of The NAMM Show. Nominees for the awards, which honor individuals, companies and technical innovations used in sound recordings, films, broadcast television, and video games, were announced in Nashville at Summer NAMM.

While Armisen is best known as a comedian, he’s also performed as a drummer as a member of Blue Man Group, as part of the Late Night with Seth Meyers house band and has hosted a Netflix one-hour special, Fred Armisen: Standup for Drummers, described as “comedy for musicians but everyone is welcome.”

“I have really enjoyed attending NAMM in the past, and I am so happy to be a part of this upcoming convention,” says Armisen. “Music means everything to me. I’m looking forward to being there and to getting to meet musicians and music fans.”

Tickets to the 35th NAMM TEC Awards, being held Saturday, January 18, 2020, are available for purchase on-site at the Hilton Anaheim or at the Tech Awards site for $65 (General Admission) or $195 (VIP). The show begins with a VIP-only reception at 6 PM, followed by the awards ceremony at 7 PM, held in the hotel’s 2nd floor Pacific Ballroom.