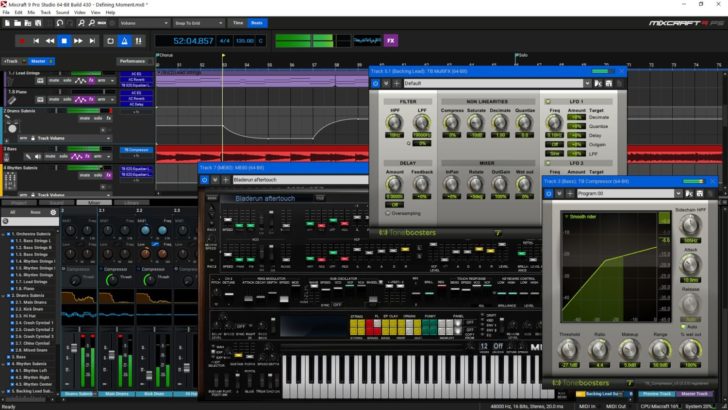 Tuesday, Acoustica announced Mixcraft 9, a major update of their flagship product. Built “for musicians, by musicians,” many aspects of the software have been upgraded, from its modern interface, to its powerful new effects, instruments, and features, along with new visuals, new sounds and more.

Improvements Everywhere. Mixcraft 9 has an updated, sleek, modern look. The transport and details panels are all individually un-dockable, and can be placed anywhere around the user’s desktop. The transport can be moved to the top of the software if desired, and the controls can be left-justified, right-justified, or centered. 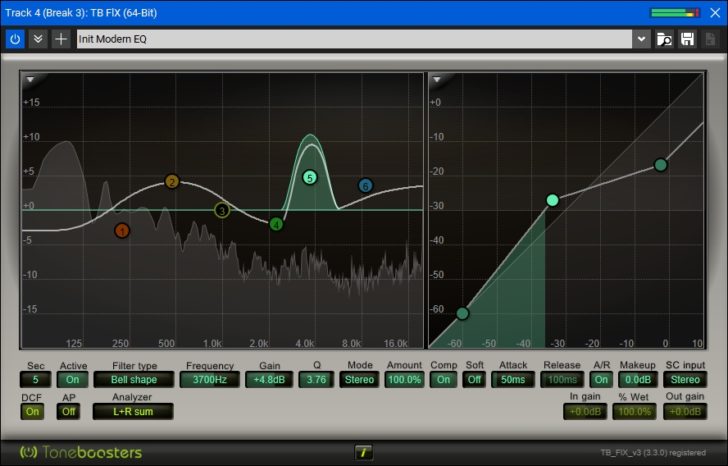 Mixcraft 9 is loaded with new effects from ToneBoosters (pictured above). Reverb, flexible multi-effects, parametric equalizer, compressors and limiters, “useful” de-esser, and more await the user. Plus, Mixcraft 9 Pro Studio users will be able to take advantage of the new TB FlX and TB FlX4 multiband EQ/compressors and the new TB Dither plug-in for mastering. 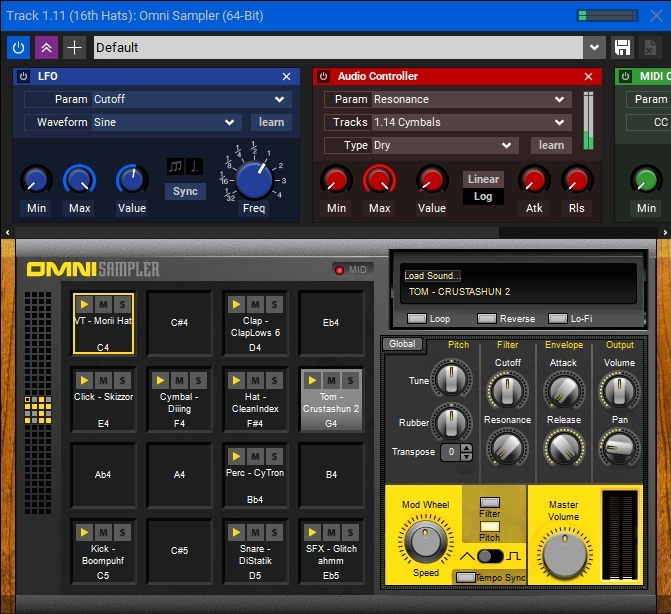 Automation has been greatly advanced in Mixcraft 9. In addition to curved automation, developers have added pitch automation to every audio clip, and a master tempo envelope for creating tempo ramps. All effect and virtual instrument parameters are now controllable by tempo-synced LFOs for musical and rhythmic effects. 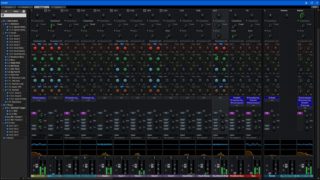 The mixer has gotten a “major upgrade” in Mixcraft 9, with the addition of a number of new panels. The new Gain, Preamp, Compressor, Parametric Equalizer, Spectrum Analyzer, and Oscilloscope mixer panels all add utility to an already-powerful mixing environment.

MIDI users will be able to take advantage of a number of improvements to the piano roll, including some new tools for drawing MIDI controller automation. In addition, new step recording features let you build mono and polyphonic pattern quickly. 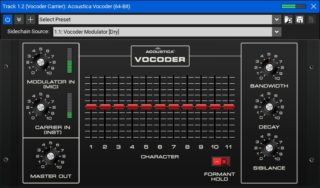 New Vocoder Tracks make it easier than ever to add electronic vocoder sounds to your project. This has traditionally been a very complex thing to set up in all DAWs, but with Mixcraft, all instruments, effects, and routing are automatically configured.

The new Acoustica Vocoder effect is an 11-band analog-style vocoder based on classic hardware, and it sounds great! 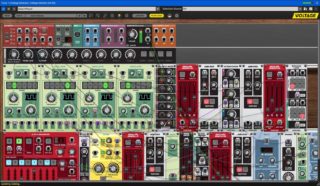 Finally, The addition of Voltage Modular Ignite to Mixcraft 9 Pro Studio brings the raw sonic strength and flexibility of a massive modular synthesizer to your home recording environment.

Users can try a free 14-day version, or buy one of two versions of Mixcraft 9. The basic-levelMixcraft 9 Recording Studio is $99 US (currently at an introductory $75 price). 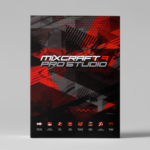 The fully-featured Mixcraft Pro Studio is $199 US (currently available at introductory $149 price). All purchases include 7 day/week technical support.

Additional information about Mixcraft 9 is on the Mixcraft website.