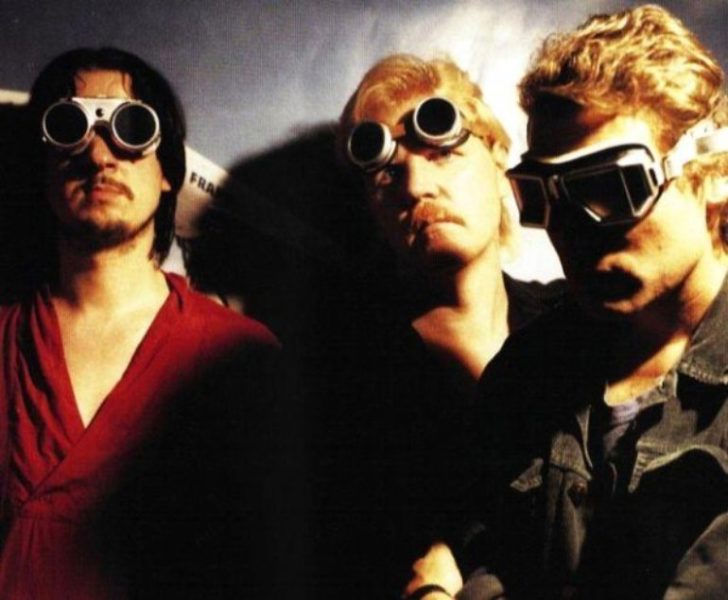 A 50-year retrospective of electronic music group Tangerine Dream is featured in the latest episode of the Echoes podcast.

Host John Diliberto also talks with a variety of synthesists influenced by Tangerine Dream, including Robert Rich, Ian Boddy and Steve Roach, who share their perspectives on the group. And it even features composer Steve Reich sharing his take on the group’s borrowing from his Music For 18 Musicians.

You can listen to the documentary below or at the Echoes site:

50 years ago Tangerine Dream began recording their electronic music in what was then West Berlin. Founded by Edgar Froese, Tangerine Dream has epitomized the electronic age of music, recording over 150 albums of synthesized compositions. Their film soundtracks include “Sorcerer” “Thief,” “Risky Business,” and “Legend.”

Tangerine Dream founder and last original member, Edgar Froese left the planet in 2015, but the group continues on with music he composed.

On Echoes, we draw upon over a dozen interviews with the Dream members past and present including Froese, Peter Baumann, Christoph Franke, Klaus Schulze, Thorsten Quaeschning and Ulrich Schnauss and many others to celebrate 50 years since the release of their debut album, Electronic Meditation.

19 thoughts on “50 Years Of Tangerine Dream”

Although technical discussions are interesting to composers, I suspect that the truly magical and spiritual powers of music arise from deeper levels of our psyche.