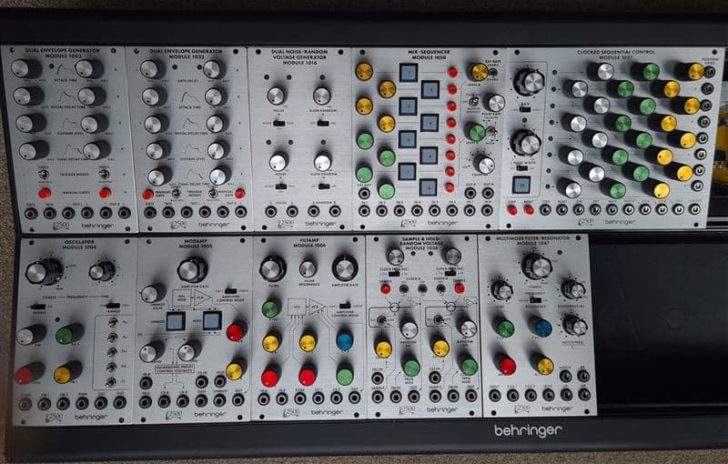 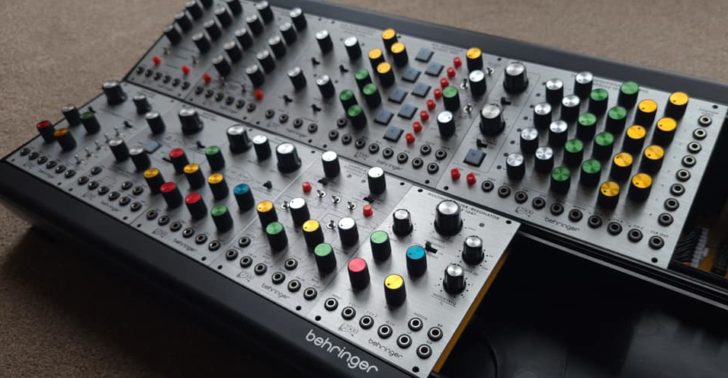 Specifications are to be announced, but the modules appear to follow Behringer’s precedent of shrinking vintage synth designs down to fit into Eurorack format, and mimicking the look and feel of the originals.

The knockoffs differ from the original designs in dispensing with arguably the most unique feature of the original ARP 2500, below, the dual rows of sliding matrix switches.

The ARP 2500 matrix switch system allows each module’s output to be connected to any other module’s input, eliminating or minimizing the need for patch cords. This also eliminates the ‘cable spaghetti’, typical of most modular synths, that can often obscures controls.

The modules are also much shorter than the originals, and module panels incorporate patch jacks. This results in controls that are a lot more crowded than on the original modules.

For example, an original 2500 step sequencer module, shown right, has three columns of controls, spaced fairly widely, while the Behringer version, right in the above photo, compresses the knob arrangement into six closely-spaced staggered columns. 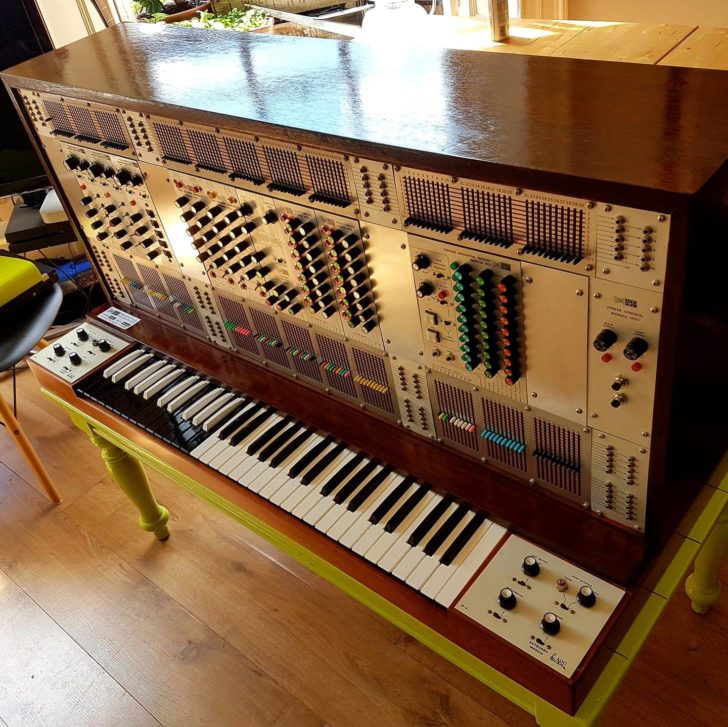 The upcoming modules are a collaboration with Rob Keeble of UK-based synth manufacturer AMSynths.

“In June 2019, I joined forces with Behringer to design analog synthesizers that will be manufactured in China and sold to customer across the world,” explains Keeble. “I am working on three projects which Behringer will announce when they are ready. The first is the ARP 2600 replica which I helped design and test…”

Keeble says the modules will be made with surface mount technology, but that they’ve taken care to ensure that ‘the sound is authentic’ to the original designs.

Details on pricing and availability are to be announced. Keeble says that it “Looks like it will get launched later this year…”