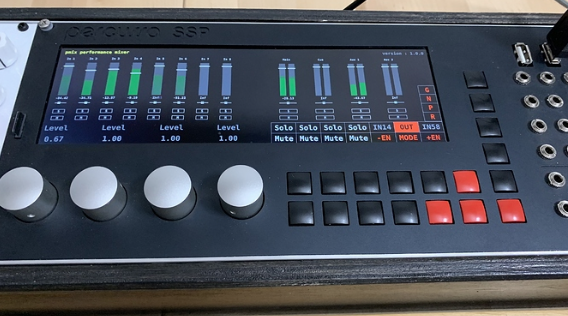 Percussa let us know that they’ve updated the VST support for its Super Signal Procesor uber-module for Eurorack systems, offering better support for VSTs, along with ports of modules from Mutable Instruments.

The update provides improved support for VST plugins, a new software development kit (SDK) for developers making VST plugins for the SSP, a new version of the quad-VCA (QVCA) plugin for the SSP and more.

The SSP now allows third-party VSTs to ‘blend in’ with the built-in modules of the SSP, which include basic modules, wavetable oscillators, samplers, granular processors and more. Users can now directly insert VST plugins from the SSP’s main module picker, which speeds up building polyphonic patches.

The update coincides with the release of @thetechnobear’s new VST modules for the SSP, which includes a port of Mutable Instruments’ Rings and Clouds modules, as well as a multichannel Performance Mixer module.

Here’s an example of Clouds running on the SSP:

The SSP is a powerful multi-function Eurorack module that provides a wide range of DSP functions, including oscillators, samplers, granular processors, filters, effects and more. It’s powered by a quad core A17 CPU, so it can run 8-voice polyphonic wavetable synthesis patches, with FX. It also features a 16-input/8-output, 32-bit, up to 192kHz USB audio interface and direct to disk recording capability.