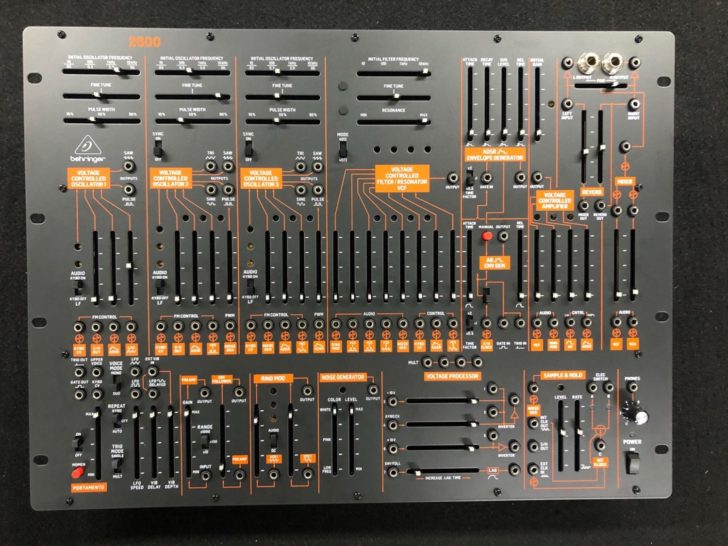 Behringer announced today that their ARP 2600 knockoff will available soon for $599 USD.

The Behringer 2600 – originally announced in 2017 – essentially copies the ARP 2600; strips away optional elements, like the case, keyboard and speakers; and reduces the synth down to fit in a 6U rack space.

While most of these design changes will mainly impact the synth’s look and user experience, some changes – like replacing the original’s spring reverb with a digital simulation – mean that the ‘BARP 2600’ will sound a little different than the original.

Note: Specifications are preliminary, official specs are still to come at the Behringer site.