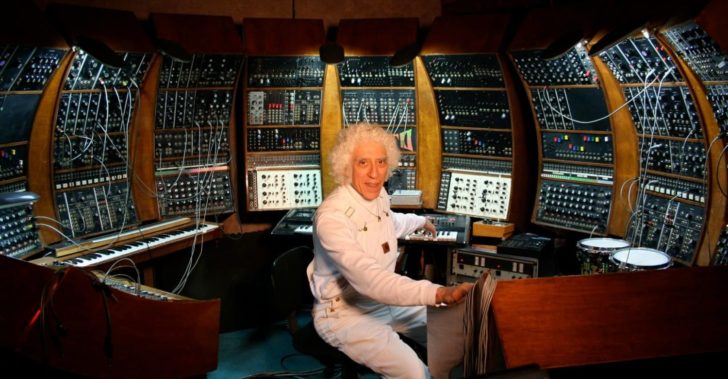 Pioneering synthesist, composer and producer Malcolm Cecil has died at the age of 84.

Malcom Cecil (1937 – 2021) was born in London and got his start in the 1950s playing bass in groups like The Jazz Couriers and Blues Incorporated.

But he’s best known for his work after he moved to the United States and paired up with producer and synthesist Robert Margouleff, who had purchased one of the first Moog Series IIIc modular synthesizers. The duo saw the future for synthesis, and decided to create the largest synthesizer in the world. They created a massive modular system, made up of synths and modules from a variety of manufacturers, dubbing it TONTO (The Original New Timbral Orchestra).

The duo called themselves Tonto’s Expanding Head Band, and released their debut album in 1971, Zero Time. The album is instrumental and features six compositions that range in mood from the funky opener, Cybernaut, to the more ambient Aurora.

While the album was not a hit, it was ahead of its time and demonstrated how synthesizers could be used for more than ‘Switched On’ covers and so-called ‘Moogsploitation’ albums.

It led to what’s arguably Cecil & Margouleff’s most influential work – their pioneering engineering and production of the 1970s. They worked with artists like The Isley Brothers, Richie Havens, Billy Preston, The Doobie Brothers, Steve Hillage, Weather Report and others.

During this time, they partnered with Stevie Wonder on four pioneering albums, which many consider to be his ‘classic period’. Wonder had already had a long career as a child artist at Motown, but wanted to establish himself as an adult artist. With the help of Cecil & Margouleff, he did this brilliantly with a series of widely acclaimed albums: Music of My Mind, Talking Book, Innervisions and Fulfillingness’ First Finale.

Songs like Superstition, You Are the Sunshine of My Life and Boogie On Reggae Woman didn’t just demonstrate Stevie Wonder’s creative genius, they showcased the programming and production work of Cecil and Margouleff and demonstrated he possibilities of synths and electronics in popular music.

Here’s a 2016 NAMM Oral History interview, in which Cecil discusses getting his start in England, his jazz career, how he got involved with electronic music and synthesizers, working with Stevie Wonder and more:

Here’s a discussion between author Mark Vail and Cecil from Knobcon 4. In the discussion, Cecil talks about creating TONTO and some of it’s unique technical aspects:

In 2014, TONTO found a new home at Calgary’s National Music Centre (NMC). Now housed at NMC’s Studio Bell, TONTO has been restored and is being used for a new generation of artists.

In this 2020 NMC video, Cecil discusses the ergonomic and electronic challenges that led to TONTO’s unique design. And NMC’s Jason Tawkin gives a tour of the various instruments that make up TONTO:

We are living in a cultural dark age of musical pollution: You put the radio on, and five minutes later you need an aspirin.