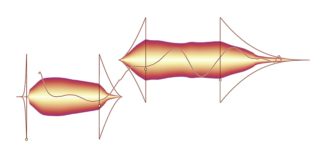 Celemony Software has announced that it has released the ARA (Audio Random Access) audio interface under open source license. In addition, it has released a comprehensive software development kit via github, to make ARA integration easier for DAW and plug-in manufacturers.

Developed by Celemony in cooperation with Presonus Software, ARA was conceived as a new standard to complement existing plug-in interfaces, such as VST and Audio Unit. The objective was to make it possible for DAWs and plug-ins to exchange information of a musical nature, regarding such things as notes, chords and tempos. The protocol was also intended to afford access to the audio files used in the project.

The ARA Audio Random Access Software Development Kit is available under the Apache 2.0 license, which makes integration into projects with open-source licenses such as GNU GPLv3 possible. Interested developers can take advantage – free from licensing costs – of the full range of the ARA specification 2.0, which also covers more recent ARA features such as chord tracks, expanded copy & paste support, optimized routing and improved comping and editing.

Developers can see the repo on github for details.