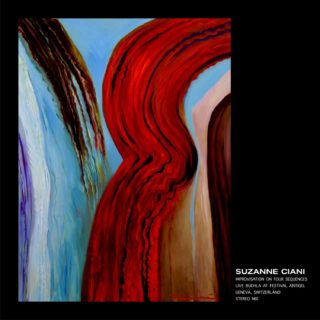 Ciani says that she’s “Ecstatic to announce the quadraphonic vinyl release of Improvisation on Four Sequences Live at Festival Antigel, on my label Atmospheric. This is the first release on Atmospheric in 25 years.”

Improvisation on Four Sequences was performed live in quadraphonic sound on the Buchla 200e and the iPad music app Animoog at Festival Antigel in Geneva, Switzerland on January 25th, 2020.

“I didn’t know at the time that concert touring would disappear and that a pandemic would suddenly end my live Buchla performance era that had had a resurgence in 2016,” explains Ciani. “For those years, I flew around the world, toting my Buchla 200e in checked baggage and prayed that it would survive the trip: Melbourne, Tokyo, London, Santiago, New York.”

“On and on until this year, when the world changed,” she adds. “So now, I have the time to release some of these quadraphonic performances.”

Ciani knows that quad vinyl isn’t the most practical medium for many listeners, so she’s making the music available in several formats, including quadraphonic, 5.1, stereo and ambisonic.; all at 44.1 and 88.2.

The vinyl release is specially encoded to be played back in quadraphonic sound and is also stereo compatible. Digital versions are available via Bandcamp.