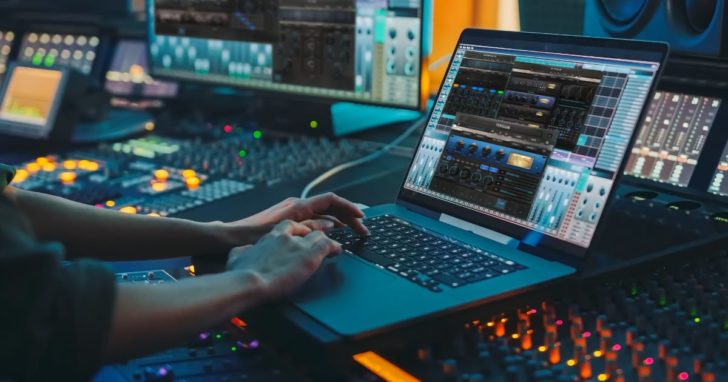 GPU Audio is a new technology company that says that they have created the world’s first novel GPU-based, full technology stack for audio processing.

They say that they want to let you use the parallel processing power of graphics processing units, aka GPU cards, found in modern laptop and desktop computers, and let you use it for audio DSP (digital signal processing).

“Our mission is to make GPU Audio the next standard of audio processing, so that music and audio production can stand up to the demands of 21st-century content,” said co-founder Alexander Talashov. “GPU Audio holds the key to fast, easy, and unlimited power needed to allow audio producers and adjacent industries to participate fully in the future of content, production workflows, audio tools, software engines, and more.”

For the audio producer, they plan to offer a proprietary suite of VST3G plugins, serving up a full range of standard music production tools, including spatial audio tools, developed in collaboration with Mach1.tech.

For the developer, they will offer a fully-built, modular SDK, allowing them to create custom DSP products and implementation.

As an initial step, GPU Audio has released an Early Access plugin, alongside their keynote at NVIDIA’s GTC conference in March 2022, which inaugurates standardized GPU powered VST3s for the music and audio production community.

The Early Access community is focused on benchmarking and bug-squashing, in preparation for the beta-suite release, in early summer of 2022. This plugin demonstrates proof-of-concept of GPU Audio on one of the most demanding of algorithms: FIR convolution reverb. By offloading DSP onto a computer’s local or remote GPU, it dramatically increases performance, by allowing real-time parallel audio processing, across hundreds of channels and VST3 instances, without added latency.

You can check out the Early Access Plugin at the GPU Audio site.

I looked at it for an eighth of a second and realized that if I’d seen any more, I would never take my clothes off again for as long as I live.

It was so uncomfortable and just wrong. I looked like Gollum.

I never need to see that again. It was like if Gollum and Mark E. Smith had a love-child.

(About his sex tape)