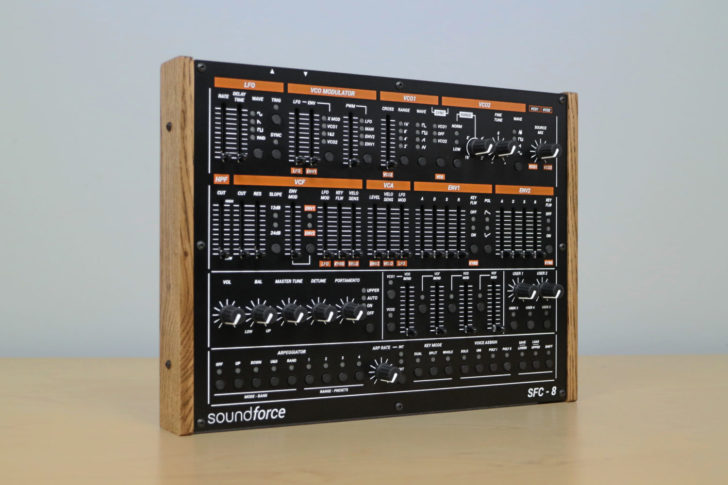 For Superbooth 2022 this week, SoundForce is introducing several new products:  the updated 2022 prototype of the SFC-8 MIDI controller (pictured, above); uDCO, a compact version of their popular DCO module; and the S-LD, a 4HP 6-channel LinnDrum sample player.

The SFC-8 is a MIDI controller designed to primarily control Jupiter-8 style software plugins, such as the Arturia Jup-8 V and TAL-J-8, but it will have built-in support as well for hardware synths.

It has USB-MIDI but also 5-pin MIDI out and in (for the user’s keyboard or sequencer). The incoming messages are merged with the controller messages. SFC-8 is a USB-powered device.

Release date and price for SFC-8 are still to be determined. 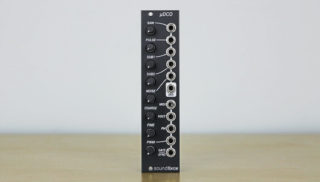 On the modular side, SoundForce is also announcing the uDCO, a compact version of their popular DCO module. The design has been compacted from originally 16HP down to 10HP. The module has the exact same core oscillator and features set, to the exception of the FM attenuator which has been removed, along with a little change in the PWM (pulse width modulation) control. In addition, the uDCO sliders have been replaced by small rotary pots.

The uDCO will ship around the end of this month and the price is ~ €259 euros (depending on your local VAT), and €214 for non-EU customers. For more information on the uDCO go to the SoundForce web shop. 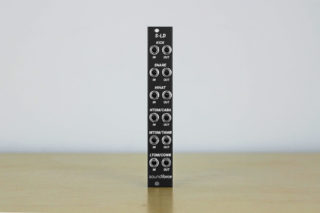 SoundForce is also extending its compact drum samples range with the S-LD, a 4HP 6-channel LinnDrum sample player. The three jacks at the bottom of the S-LD have an alternative sound bank, thanks to a slide switch at the back. The user can choose whether to trigger either the tom sounds or the percussion sounds.

SoundForce developers add: “Please note, all three sounds change at once and you cannot select between tom or percussion on a per-channel basis.”

The S-LD can be pre-ordered now, and will begin shipping later in May. The module is priced at €119 for EU customers, and €98 for non-EU customers. More information is available here.