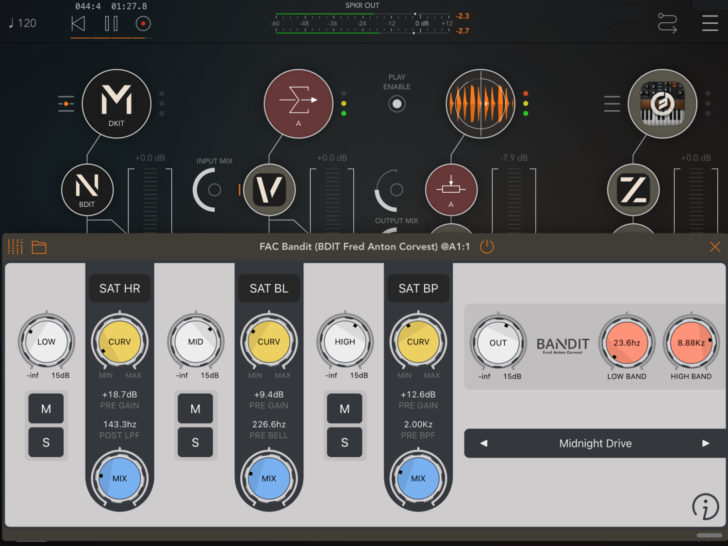 FAC Bandit, a multiband audio effect for iOS, has been updated to version 2.0.

First released in 2019, the effects app splits the audio signal into three bands of frequencies, defined by adjustable crossover points. Each band is processed independently by its own effect processor and the outputs are then recombined to produce the final effect. 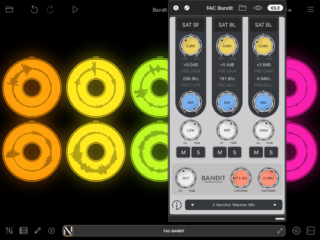 Pricing and Availability. The updated FAC Bandit audio effects app is available now via the Apple App Store for $8.99 US. Additional information is available here.