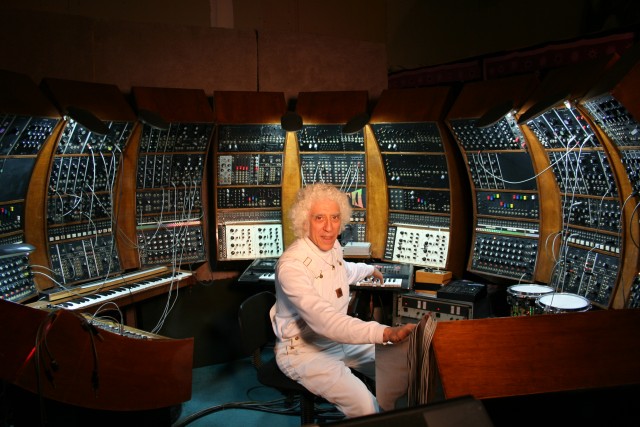 TONTO (The Original New Timbral Orchestra) is one of the most famous and influential modular synthesizers in the world.

TONTO’s Expanding Head Band, made up of Malcolm Cecil and Robert Margouleff, was an influential electronic music duo from the 1970’s. They only released a few albums, but these recordings, along with their collaborations with musicians such as Stevie Wonder, helped make synths a standard element of modern popular music.

TONTO was a huge multitimbral polyphonic analog synthesizer, designed and constructed by Malcolm Cecil. It featured Moog modules, but also modules from other manufacturers and some of Cecil’s own design.
Tonto’s Expanding Head Band’s Zero Time was released in 1971 and, though its sales were relatively small, it was an influential album, foreshadowing the later work of Tangerine Dream and other artists.

Zero Time brough Cecil & Margouleff to the attention of Stevie Wonder, who ended up working with Tonto on Music of My Mind, Talking Book, Innervisions, Fulfillingness’ First Finale and Jungle Fever. It would be hard to overestimate the importance of these collaborations, because they introduced synths to rhythm and blues music, where they have been an important part of the urban sound ever since.

Amazingly, TONTO and the Expanding Head Band are still active. The band has a web site and even a MySpace page. And the group’s influential 70’s recordings have garnered growing respect.

“How great it is at a time when technology and the science of music is at its highest point of evolution, to have the reintroduction of two of the most prominent forefathers in this music be heard again,” said Stevie Wonder. “It can be said of this work that it parallels with good wine. As it ages it only gets better with time. A toast to greatness… a toast to Zero Time… forever”.