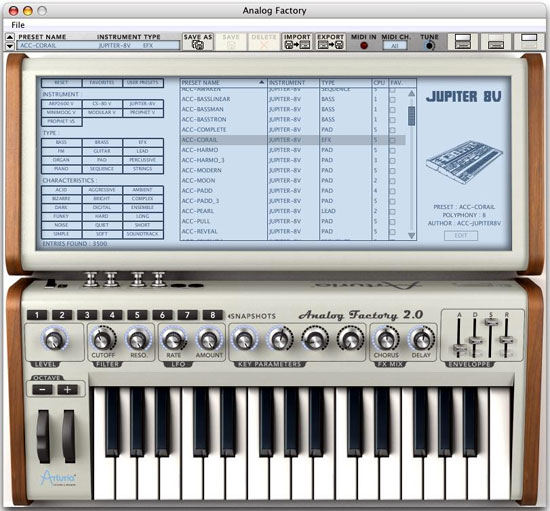 Arturia has announced version 2.0 of its Analog Factory software. The update is free for all registered owners, and includes numerous improvements and bug fixes.