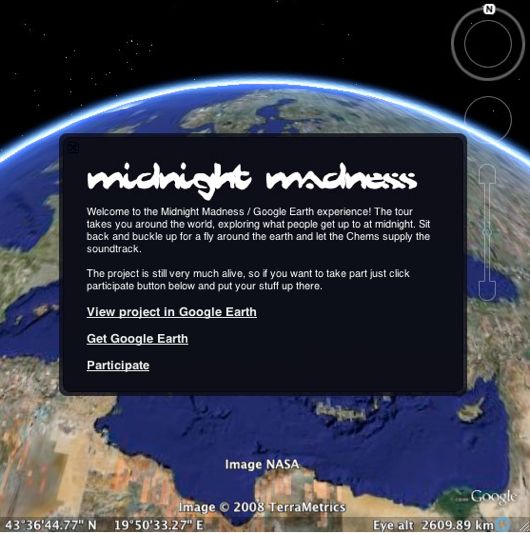 The Chemical Brothers have launched Midnight Madness with Google Earth – a strange mashup that takes fan videos and plots them on Google Earth.

The idea is that you can surf around the world with Google Earth and see what Chemical Brothers fans are up to.

Here’s the link to view the project (requires Google Earth).

I’ve been impressed by a lot of musicians’ new media projects, but Midnight Madness isn’t that successful. It takes a long time to download Google Earth, and, once you’ve loaded up Midnight Madness in it, it’s cumbersome to use.

If you give it a try, let me know what you think.