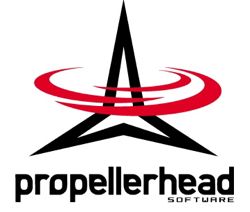 Propellerhead Software, the makers of Reason, are introducing a new audio app that offers a new approach to recording music, according to Peter Kirn at CDM:

Record is an audio recording program, Propellerhead co-founder Ernst Nathorst-Böös, but “This program has nothing to do with audio. It’s all about music… We wanted this to be about music making.”

Record is a piece of software designed around the musical possibilities of recording audio, he explains, emphasizing the actual act of recording and working with sound in ways that are always connected to musical time, beats and bars, and a fluid approach to tempo and tempo changes. It focuses on a single task rather than bundling together lots of tasks.

We’ll have a number of months to begin to see what Record’s contribution might be. But whether it’s successful or not, the good news today was that, after all this time, Propellerhead isn’t using anyone else’s mold.

Note that Propellerhead has not released an official announcement as of this posting. If you’ve got additional information, leave a comment!

Do you think that Propellerhead Record will live up to the hype?