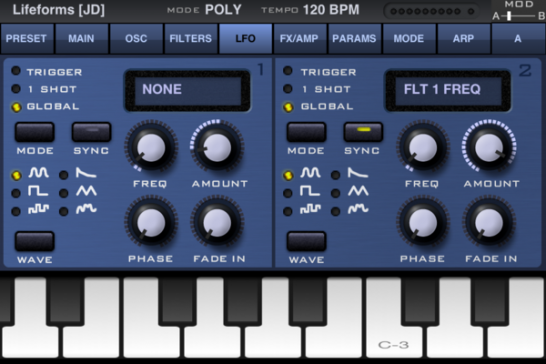 BeepStreet has announced that Sunrizer – one of the most respected software synths for the iPad – is coming to the iPhone and iPod touch.

SunrizerXS has been submitted for review. Screen shot above.

It looks like BeepStreet is not handling this as a Universal App. We’ll be interested to see how patch sharing works between the two versions.

Pricing it to be announced. Full specs to come.

3 thoughts on “Sunrizer Synth Coming To iPhone, iPad As SunrizerXS”