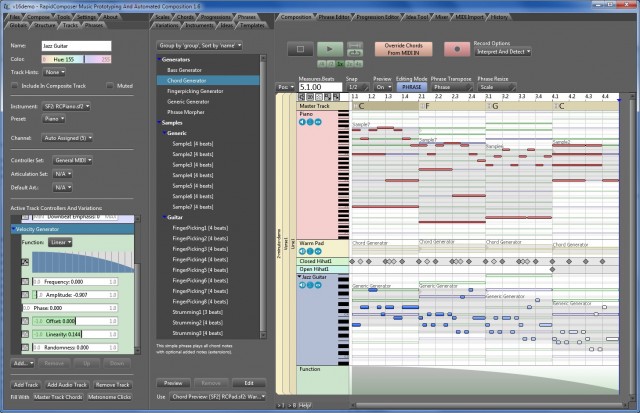 RapidComposer is available for Mac OS X. A lot of people demanded an OS X version, and while porting took longer than expected, we deliver it today. Technically speaking the source code is the same for the Windows and Mac OS X version, so any new feature implemented will automatically go into both versions in the future. We would like to keep the version numbers the same for Windows and OS X as much as possible. For Mac OS X a standalone version is available at the moment.

See the MusicDevelopments site for details and demos.

One thought on “RapidComposer Now Available For Mac, Windows”