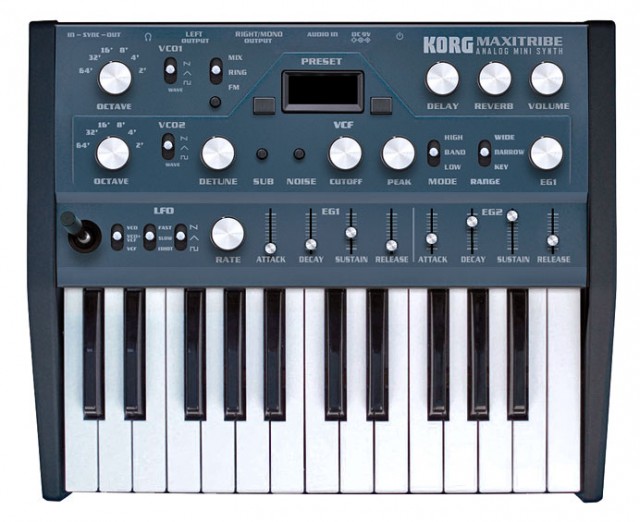 We’ve had an explosion of synths news today, with the introduction of the Novation MIniNova, the Roland Intagra-7 rumors and NI’s Maschine MKII.

The Korg Maxitribe, though, looks a little too good to be true. The image, via Sequencer.de, shows an analog mini synth in the style of the recent MonoTribe. Unfortunately, this looks like it’s from Photoshop, rather than from Korg. See our post on Korg’s ‘major announcement’ for more speculation.

What do you think about the ‘Korg Maxitribe’? Should Korg actually build this thing?

41 thoughts on “The Korg Maxitribe Analog Mini Synth – Too Good To Be True?”