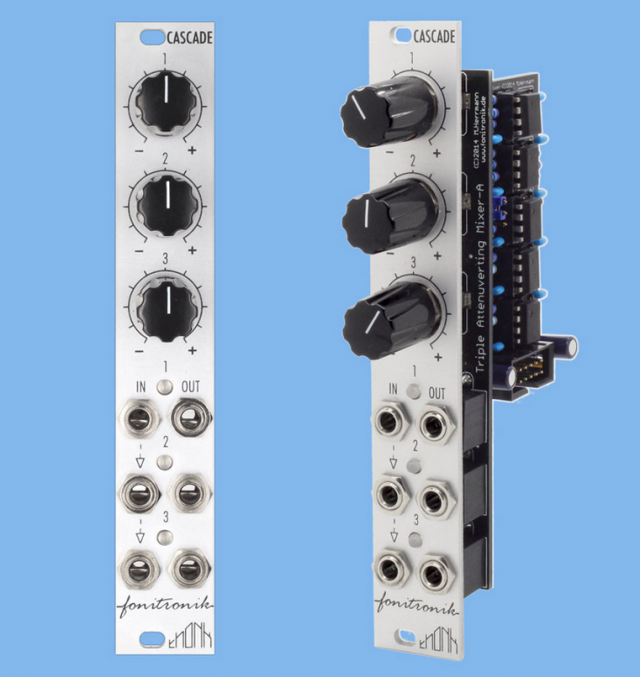 Thonk has announced the availability of the Fonitronik Cascade – a DIY kit that lets you build a 4HP triple attenuverting mixer/processor.

The module provides 3 channels of ‘attenu-gain-vertion’, each with it’s own bicolor LED. The input of each channel is normalled to a voltage source.

There are two modes of mixing the three channels , which can be set by a jumper:

The Fonitronik Cascade module is avaialble for £ 65, € 75, $80 US via Thonk. All parts are included, including knobs, power cable and screws.