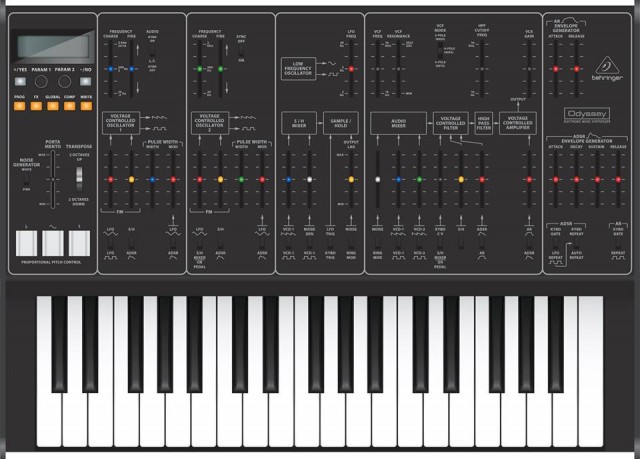 Behringer has an interesting holiday gift for Korg this year.

Last February, Korg announced that it was going to recreate the classic ARP Odyssey synthesizer by releasing a Korg ARP Odyssey. In the same announcement, Korg also said that ARP co-founder David Friend was joining Korg as their chief advisor on the new Odyssey.

Today, Behringer announced that they might be making their own ARP Odyssey recreation – and pricing it at $500.

They shared the Behringer Odyssey mockup, above, along with this question:

How would you feel if we build an authentic ARP Odyssey synthesizer, but with a unique 3-mode VCF circuitry (that replicates all MK I to III versions) plus full Midi/USB implementation?

It was just a month ago when the company announced plans for a Behringer synthesizer line – and it looks like Behringer may have decided to take on Korg with their first release. This could crank up the competition in the synth industry a notch.

What do you think of Behringer’s plan for their own ARP Odyssey? Naughty or nice? Weigh in with the poll below – and then leave a comment and let us know what you think about this new development.