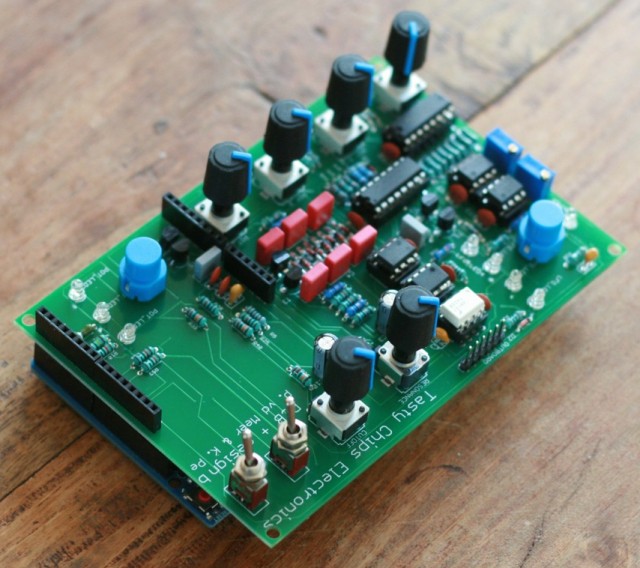 Tasty Chips has introduced the Saw Bench Synthesizer – a portable and affordable monophonic synthesizer, with a 100% analog signal path

All sounds in the video, by Pieter van der Meer, are from the Sawbench synthesizer, except for the drum sounds.

Note: While the specs mention a ‘study metal casing’, Tasty Chips hasn’t posted any pictures of this on their site yet.