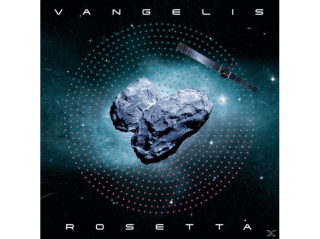 We have not seen an official announcement on this yet, but it looks like a new album from pioneering synthesist Vangelis is on the way.

The new Vangelis album, Rosetta, is showing up in several online stores as scheduled for release Sept 23, 2016, on the Universal Music/Decca label.

The track listing is to come, but Rosetta appears to be inspired by the European Space Agency (ESA) prove of the same name.  In 2014, the Rosetta space probe reached its target and, after 12 years in space, landed on it. Vangelis composed several new tracks, embedded below, to celebrate the event:

Official details on the new Vangelis album, Rosetta, are still to be announced.