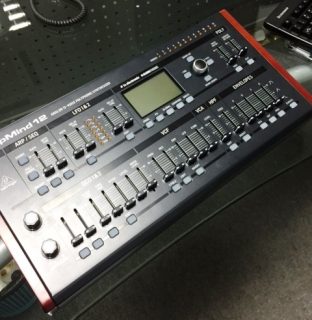 It looks like Behringer has been listening to Synthtopia readers.

Back in August, we asked if Behringer should make a DeepMind 12 Desktop synth. And more than 200 of you weighed in.

Today, CEO Uli Behringer shared this image of the DeepMind 12 Desktop synth. It’s a working prototype of their upcoming polyphonic analog synthesizer in a desktop format.

Here’s what he has to say about the DeepMind 12 Desktop:

While this is a working sample, we have not yet decided if we will actually put it in production. In order to achieve an attractive sales price that is below the keyboard version, we would require substantial production volume.

Perhaps you could share with us what your level of interest is if the product would be available at around US$ 899.

Interested in a 12-voice polyphonic analog desktop synth for $899? Leave a comment and let us know what you think!