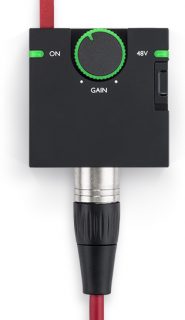 Focusrite has launched iTrack One Pre, a compact mic preamp and guitar input designed for recording high-resolution audio directly onto your iPhone or iPad, without the need for external power.

The iTrack One Pre is available now for US $129.99. See the Focusrite site for more info.