This video, from SynthFest France via Les Sondiers, offers a sneak preview of the upcoming EssenceFM synthesizer, which is described as a “modern high-end synthesizer dedicated to FM synthesis”.

The video is in French, but much of it will make sense to non-French speakers.

The developers note that the “hardware conception and preset sounds aren’t finished, but most of the features have already been implemented.” 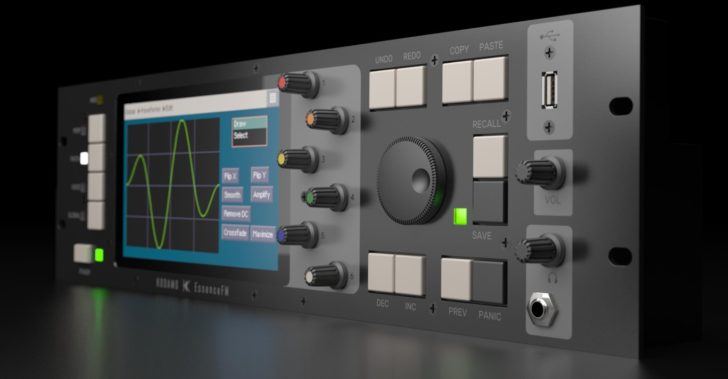 EssenceFM features the powerful VFM engine (Variable Frequency Modulation) which offers flexibility in sound design and massive 300-voice polyphony. Here’s what the developers have to say about it:

“We are huge FM synthesis fans, but were disappointed with ergonomics and limitations we found in all FM synths. That’s how the EssenceFM is born.

It follows a very graphical approach to make sound editing fun and easy: operator’s outputs are shown in real time during playback, envelopes are displayed as editable graphical curves, operators can be drag&drop to build the algorithm, waveforms are editable…”

EssenceFM is currently in development. See the Kodamo site for more information.