Trent Reznor on composing the score for “Gone Girl” was uploaded by: CBS This Morning
Duration: 318
Rating:

Trent Reznor has announced that a new Nine Inch Nails album is complete: “I’ve been less than honest about what I’ve really been up to lately,” says Reznor. “For the last year I’ve been secretly working non-stop with Atticus Ross and Alan Moulder on a new, full-length Nine Inch Nails record, which I am happy… END_OF_DOCUMENT_TOKEN_TO_BE_REPLACED

The soundtrack for Everardo Valerio Gout’s Spanish-language thriller Days Of Grace looks interesting – with contributions from Nick Cave, Atticus Ross (The Social Network) and Shigeru Umebayashi (House of Flying Daggers). The CD isn’t due out until May 8th, but an unusual track from the soundtrack has already leaked out. The track, a cover of George Gershwin’s… END_OF_DOCUMENT_TOKEN_TO_BE_REPLACED

The latest SoundWorks profile looks at the sound and music of The Girl With The Dragon Tattoo. Featured are composers Trent Reznor and Atticus Ross, Sound Re-recording Mixer Michael Semanick, and Re-recording Mixer, Sound Designer, and Supervising Sound Editor Ren Klyce. The Girl with the Dragon Tattoo is a 2011 English-language drama/thriller film. It is… END_OF_DOCUMENT_TOKEN_TO_BE_REPLACED

The Girl With The Dragon Tattoo hype has got us pretty tweaked out at Synthtopia, especially the promise of the synth-heavy Trent Reznor + Atticus Ross soundtrack. Here’s sneak preview of the score – a cover of Led Zeppelin’s Immigrant Song, featuring Yeah Yeah Yeah’s vocalist Karen O. “A-a-aaaaaaaaaaaa-ah!” If that floats your boat, you can… END_OF_DOCUMENT_TOKEN_TO_BE_REPLACED 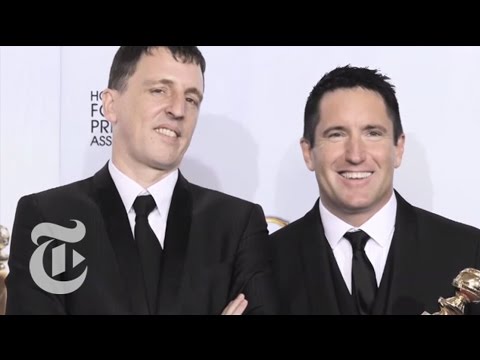 Trent Reznor and Atticus Ross have won the Academy Award for their soundtrack to The Social Network. “When we finished work on The Social Network,” said Reznor, “we were very proud of our work and happy to just be involved in this film. To be standing up here in this company is humbling and flattering… END_OF_DOCUMENT_TOKEN_TO_BE_REPLACED