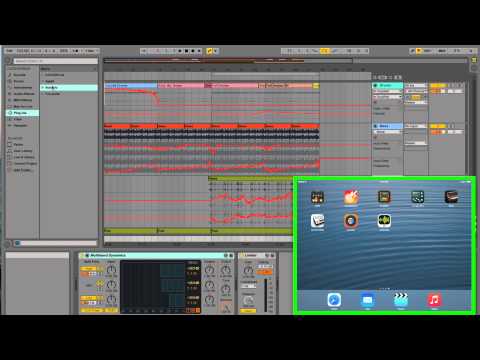 Developer Matthias Frick let us know that he’s updated his free MIDI LE app, based on Synthtopia reader feedback, to be backwards-compatible with iOS 7. MIDI LE is a free app that lets you use MIDI over USB with CoreMIDI compatible iOS apps, without the need for a MIDI adapter. Onn iOS 8, MIDI LE also lets… END_OF_DOCUMENT_TOKEN_TO_BE_REPLACED

Audreio is a new app that streams uncompressed audio between iOS devices. Using your existing router, Audreio streams audio from an Inter-App Audio (IAA) application on one device—or from the built-in mic—to another iOS device. The received audio can then be routed to the speaker or an IAA host.

Line 6 today introduced the new AmpliFi TT guitar tone processor, a new system that lets you use any speaker system as a guitar amp and Bluetooth streaming system.

Quicco Sound, creators of the mi.1 Wireless MIDI interface, have released mi1 connect – an iOS app that lets you wirelessly connect with your iOS music software. It’s a free download from the App Store. The mi.1 wireless MIDI interface, below, was introduced earlier in the year. It a pair of MIDI plugs that have… END_OF_DOCUMENT_TOKEN_TO_BE_REPLACED

Amazon has introduced a new type of ‘smart device’ – the Echo – that’s a reimagining of the home stereo as a always-connected, voice activated speaker. It’s got some impressive features – combining Siri-style voice recognition, with search, music and news service. You can tell it to play some music by Boards of Canada, tell it to wake you… END_OF_DOCUMENT_TOKEN_TO_BE_REPLACED