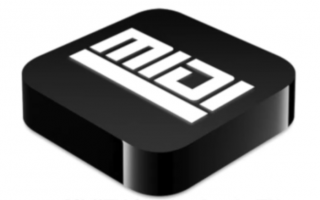 Why would you want MIDI on your television?

MidiTV + an Apple TV turn your television into a big-screen platform for music apps. This means that you can use your Apple TV to run MIDI software, use your TV as an extra screen for your DAW, use it as a platform for MIDI-controlled VJ software and more.

Or, as the developers say, “If MIDI is available, there will always be something great to do with it!”

The video shows two client apps for Apple TV — MidiTV Clock and MidiTV Orchestra — and how to use them with your Mac DAW or with MIDI apps running on iOS devices.

All of the MidiTV apps are currently free. The developers want to see if there’s interest in using the Apple TV to run MIDI-controlled applications.

They also plan to release a software development kit (SDK) for MidiTV within a few days, so that other developers can create Apple TV apps that can be MIDI-controlled.

Here are the key components of the platform:

Check out the video and let us know what you think of the idea of MidiTV and MIDI-controlled apps for your television. And if you’ve got ideas for apps that you’d like to see on a big screen, let us know in the comments!

13 thoughts on “Secret Base Design Turns Apple TV Into MidiTV”