KORG announced today that they are turning the classic Monopoly board game into a synthesizer, adding that “This is not an April Fool’s joke.”

Monopoly is the world’s most popular board game, sold globally since 1935 and holding the largest cumulative number of players in the world! With the same name as the board game (almost!) the KORG iMono/Poly brings you an unexpectedly fun collaboration.

Monopoly has now teamed up with KORG iMono/Poly! With a design that gives you the feeling of actually playing Monopoly, it’s sure to give an enjoyable boost to your inspiration.

Version 1.1.0 of Korg iMono/Poly adds the Monopoly board game skin: 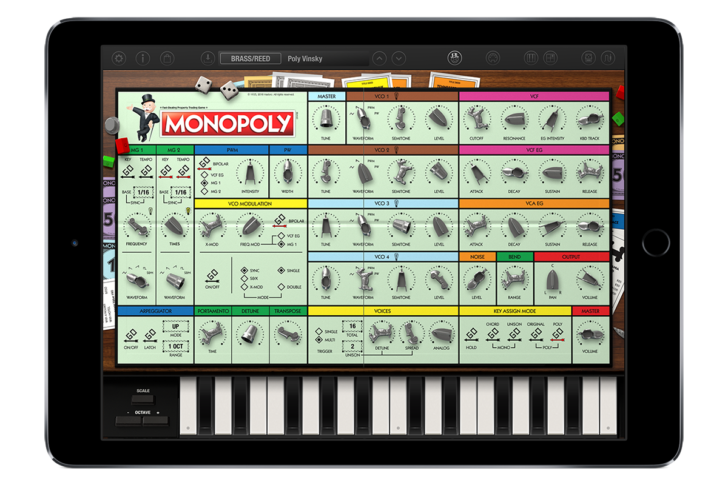 Here’s an unofficial demo, via thesoundtestroom: