Misa Digital recently introduced the NSC-32 Note Sequence Controller (NCS), ‘a new type of electronic musical instrument’ designed to let you manipulate and cue electronic music sequences live. Now they’ve shared a series of videos that takes an in-depth look at what the NCS-32 can do and offers a comprehensive guide to using the new Note… END_OF_DOCUMENT_TOKEN_TO_BE_REPLACED

Arturia has released a free update to the BeatStep Pro that adds user-requested features, making it, according to the company, ‘more powerful than ever’: The sequencer has been enhanced with quantized pattern launch and pattern chains; Parameters can now be edited for all steps at once; and An improved song position algorithm keeps BeatStep Pro synchronized at… END_OF_DOCUMENT_TOKEN_TO_BE_REPLACED

Kilpatrick Audio – creator of the Phenol synthesizer – has launched a crowdfunding campaign to produce the new Carbon Sequencer and Performance System. Here’s the official promo for the campaign:

Kilpatrick Audio – creator of the Phenol synthesizer – shared this sneak preview of their upcoming Carbon Sequencer and Performance System.

TipTop Audio has announced the release of their Trigger Riot pattern sequencer, which they describe as “… a clock divider, clock multiplier, step injector, time shifter, clock shifter, pulse width modulator, and an arithmatic probability processor all under the control of a single knob” — expanded to sixteen such knobs. The Trigger Riot creates sequences… END_OF_DOCUMENT_TOKEN_TO_BE_REPLACED

Developer Matthias Schorer has updated Step Sequencer for iPad, adding the most frequently requested feature – direction control. Step Sequencer 1.2 now lets you select between up, up-down, up single shot and up-down single shot. Step Sequencer is inspired by old-school modular sequencers and can be used to control any background MIDI enabled App on the… END_OF_DOCUMENT_TOKEN_TO_BE_REPLACED 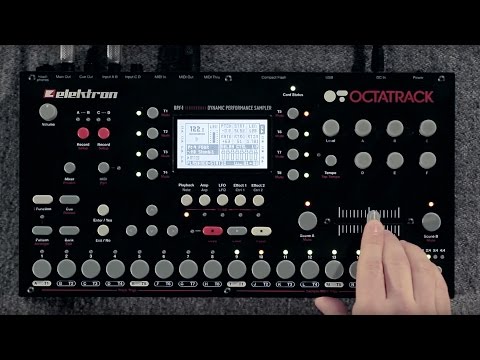